The NBS Head Office Building was built from 1888 – 1890, on the basis of blueprints designed by Konstantin Jovanovic (Vienna 1849 – Zurich 1923), son to distinguished artist Anastas Jovanovic. Konstantin completed his studies in architecture in Zurich, following which he went to Italy and acquired first-hand knowledge of the Italian Renaissance art. He spent most of his working life in Vienna, where he shortly made a name for himself as a master of style and design. His exceptional talent won him a high state medal for the design of the National Bank’s head office building.

Konstantin Jovanovic prepared both the blueprints for both this exquisite mansion in the neo-renaissance academic style and most of intricate interior decoration, whereas wall ornaments and wall paintings were entrusted to Pasku Vucetic.

Some of the most impressive sights inside the building combine the well-balanced choice of natural materials and intricate decoration techniquies. The main halls and main corridors boast impressive marble columns and wall panels in tastefully balanced combination of colors. The columns are dominantly in light pink colour, discretely matching the light brown nuance of the wall-covering panels. Side corridors on the ground floor and the first floor also reflect stylish taste in the wall plaster decoration that closely resemble marble panels in the main halls.

The central part of the building above the main hall is topped with a circle made of stained glass just like the windows on the walls encircling it on the second floor. Proudly overhanging the Main Room are the massive and elaborately decorated chanderliers made in copper with finely stylized symbols of the National Bank. The impressively high ceiling of the Main Room is covered in intricately carved oak-wood, whereas the wood-covered walls boast deeply engraved oak decorations and equally impressive regally red baize. Originally, the ceiling and the walls had been decorated in plaster and painted by Pasko Vucetic. Up until World War II, the portraits of all Bank’s governors by a famous Serbian painter, Uros Predic, were lined on the walls of this room. Today on the left and on the right from the door there hang portraits of the first Governor, Djordje Vajfert and his wife, Marija Vajfert, painted also by Uros Predic in 1927.

The impressive heavy furniture pieces in the halls and corridors as well as in the Main Room were carved in oak wood and elaborately ornamented.

Following the World Exhibition in Paris in 1900, the National Bank of Seria purchased one of the exhibited statues, a bust entitled ‘Serbia’ (inspired by a detail on the Monument to the Heroes of the Kosovo Battle, from Krusevac). This statue was brought back to the country and proudly placed on the gallery overlooking the shell shaped main stairs.

Set in the centre against the wall of the gallery there is a memorial plaque listing the names of the Bank’s employees who lost their lives in the Balkan Wars and the World War I. Djordje Jovanovic chiseled this plaque in black marble with bronze engravings reflecting the likeness of Milos Obilic, a famous Serbian hero, and the inscription in gold letters.

The exquisite interior of the building with its celebrated works of art and craftsmanship make this edifice one of the most distinguished buildings in Europe.

The building was reconstructed and structurally extended between 1923 and 1925 due to political changes following the establishment of a joint state of South Slav peoples and spreading out of the Banks responsibilities. Konstantin Jovanovic, the architect who originally designed the blueprint of the building, was entrusted with the task of extending the structure of the building. The reconstruction was expertly carried out so that one can hardly believe it was not originally designed as such. The identical materials were also used for the interior decoration of the extended structure. Regretfully, Konstantin Jovanovic, great architect and visionary did not live to see the completion of works on the building.

The appearance of the facade remained unchanged from the time when master of this craft, Petras, first painted it. 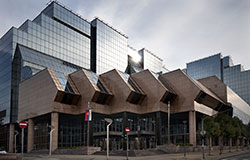 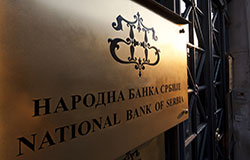 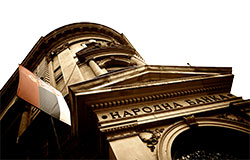 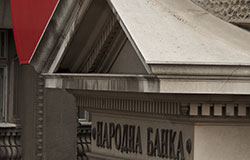 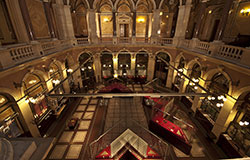 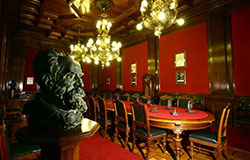 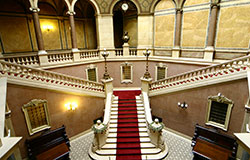 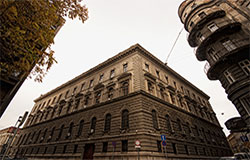 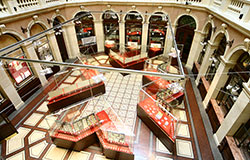 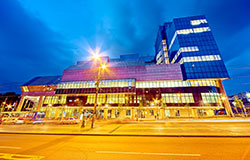 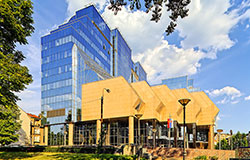 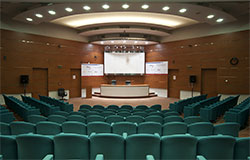 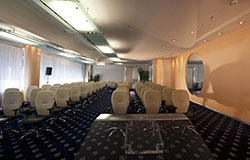 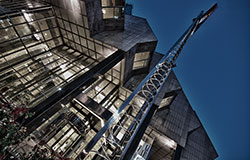 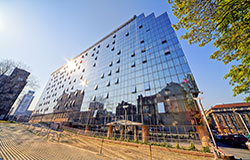 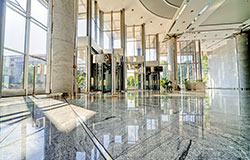