Management of the Bank 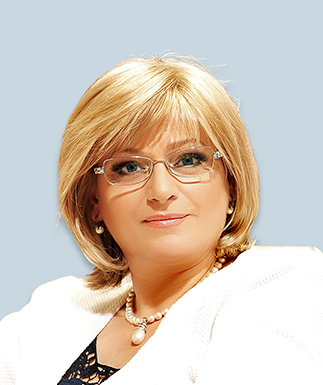 Jorgovanka Tabaković was born on 21 March 1960 in Vučitrn. She finished high school in 1977 and enrolled in the Faculty of Economics in Priština. Having obtained the right to an accelerated programme of studies due to a high grade average in the first two years, she graduated on 14 May 1981 as the student of the generation. From 1981 until 1989 she taught economics-related subjects in the Secondary Economics School in Priština. In the following two years, she worked as financial director in the trading company “Grmija“.

In early 1992, she was employed by Prištinska banka a.d., part of the Beogradska banka system, as Deputy General Manager and continued to work in the banking industry until 1999. From 1999 until her appointment as Governor, she worked in the Telecommunications Company “Telekom Srbija”. She held the position of General Manager of the Logistics Department from March 2005 until December 2008, after which she worked as an expert for economic operations.

She defended her MSc thesis “Reform of the Banking System of Yugoslavia” at the Priština Faculty of Economics in 1999. In 2008 she submitted a doctoral thesis proposal entitled “Central Bank Instruments – Reaches and Limitations on the Example of the Republic of Serbia”. She took her PhD in economics in May 2011.

She was elected Member of Parliament in six parliamentary convocations – three times from 1993 to 2000, and three times from 2007 to 2012. She was appointed Chair of the Parliament’s Finance Committee for two terms of office. From March 1998 until October 2000, she served as Minister of Economic and Ownership Transformation in the Serbian Government.

She has authored a number of studies on privatisation and financial markets. Her book “Monetary Policy – No Final Victories” was published in 2018, and another one “My Answers – a Contribution to the History of Banking in Serbia in 21st Century” in 2020. In 2006 and 2007, she lectured at the Faculty of Management in Novi Sad.

She has served as Governor of the National Bank of Serbia since August 2012. In June 2018 she was re-appointed for another six-year term of office, starting from August 2018.

She is a widow and mother of three children: Ivana, Milena and Nikola. 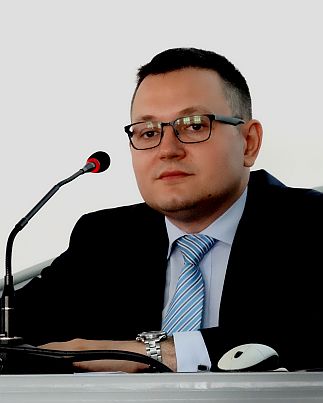 In 2003, he graduated from the Belgrade Faculty of Economics at the Finance, Banking and Insurance Department. In 2010, he completed his M.A. studies at the Belgrade Faculty of Economics, the Finance and Banking Management Department, with the thesis “Application of Internal Approach to Credit Risk Management in the Banking Sector of the Republic of Serbia”. In 2017, he defended his PhD thesis “Analysis of Credit Risk Determinants in Conditions of Pronounced Information Asymmetry”.

As of 2004, he held various risk management posts in commercial banks in Serbia, including a risk analyst and director of a risk management department. In July 2012 he became Deputy General Manager and in November 2012 General Manager of the Bank Supervision Department of the National Bank of Serbia. He was Director of the Administration for Supervision of Financial Institutions from March to June 2018, when the Administration was abolished by law and he was appointed Vice-Governor.

Before joining the National Bank of Serbia, he was an associate at the Credit Risk Board of the Association of Serbian Banks. He is a member of the Professional Risk Managers’ International Association.

He has published eleven papers in journals and proceedings, relating to credit risk management, the financial crisis and possible responses of the real economy in crisis conditions.

He lives in Belgrade. He has two children. 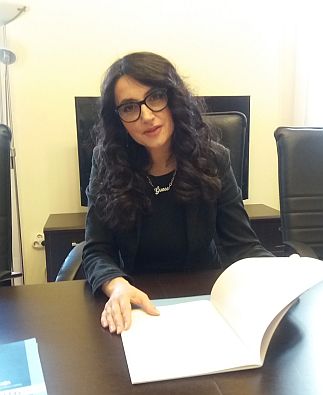 In 1998, she graduated from the Faculty of Economics of Belgrade University, Department of Finance, Banking and Insurance, and defended her master’s thesis “Operational Implementation of Monetary Policy Measures” at the Department of Monetary, Banking and Financial Management. In 2016, she earned her PhD degree with the thesis “The Central Bank Impact on the Functioning and Development of the Money Market”.

From 1999 to 2001, she worked at the Research and Development Department of Beogradska banka a.d. She joined the National Bank of Serbia in 2002 and has since held various posts, including those of an adviser at the Foreign Exchange Department, General Manager of the Financial Stability Department and General Manager of the Economic Research and Statistics Department. She was appointed Vice-Governor in September 2018. During her 17-year engagement at the National Bank of Serbia, she has been active in developing the reporting and analytical apparatus, assessing the effects of measures undertaken, and making macroeconomic and monetary analyses and projections. She has reported on international practice in various fields, and has participated in the preparation, exchange and presentation of strategic documents in the process of Serbia’s accession to the European Union.

She has published a number of papers about foreign capital inflows and the local and international capital markets.

She lives in Belgrade. She is married, with two children. 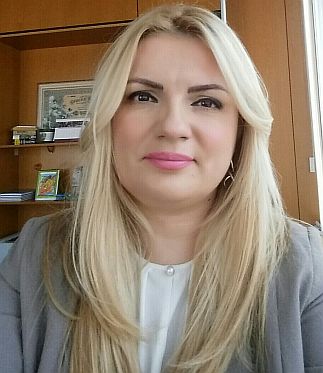 In 1997, she graduated from the Faculty of Economics of Belgrade University, Department of Finance, Banking and Insurance. She completed her master’s studies in 2009 at the same Faculty, with the thesis “Information-Technological Aspect of Risk Management in a Payment System”.

She took part in the comprehensive payment operations reform in Serbia. On behalf of the National Bank, she participates in various task forces, set up to improve regulations and the business environment in Serbia, relating to the abolishment of the mandatory use of stamps and paper invoices, and advancement of electronic business, e-commerce, e-government, etc.

She lives in Belgrade. She is married, with one child.