History of money in Serbia

The use of money in the territory of present-day Serbia dates back to ancient history. The oldest specimens date to the 6–5th centuries BC and were minted in Greek towns, testifying to contacts between the Balkan population and the developed ancient world. The subsequent issues were those of Macedonian rulers Philip II and Alexander the Great, the Adriatic towns of Apollonia and Dyrrhachium, as well as silver coins minted by the Celts, who lived in present-day Srem and Belgrade. The long-lasting and strong domination of the Roman Empire in 1-5 century AD created the conditions for the opening of two important mints of Roman coins in the territory of present-day Serbia – Sirmium (Sremska Mitrovica) and Viminacium (present-day Kostolac). The name of the Serbian currency dinar originates from the name of the Roman currency denarius – dinars were first coined in medieval Serbia and later in the liberated, 19 century-Serbia. The period prior to the establishment of the independent Serbian state in the Middle Ages was marked by the use of coins struck by barbarian tribes, and later by the powerful Byzantium.

The “Serbian dinar” was mentioned for the first time in documents from late 1214, at the time of Stefan the First-Crowned, though the first Serbian ruler who minted own coins is considered King Radoslav (1227–1234). Until the fall of the Serbian Despotate under Ottoman rule in 1459, almost all Serbian medieval rulers minted coins near numerous silver mines such as Brskovo, Rudnik, Novo Brdo, Srebrenica, Trepča and others. The Serbian dinar was one of the most important elements of Serbian statehood and independence in the Middle Ages. The diversity and beauty of Serbian coins were particularly pronounced during the reign of Serbian King (1331–1346) and later Emperor (1346–1355) Dušan, when the scope of monetary production in Serbia surpassed that of the neighbouring countries.

From the fall of the Serbian Despotate until the mid-19th century, currencies of different countries were used in Serbian lands. During Ottoman rule, several mints of Ottoman currency operated in Novo Brdo, Kučajna and Belgrade. The para, as the currency of the Ottoman Empire, is still used as the name of the subunit of the Serbian dinar.

The NBS standing exhibition “Money in the Territory of Serbia” (Kralja Petra 12 St., Belgrade) features the coinage used in Serbian lands – from the earliest finds until the latest issues. Money is exhibited chronologically, in the following groups: 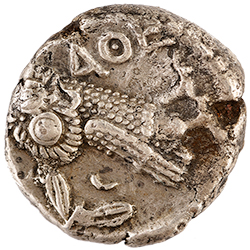 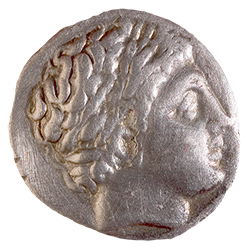 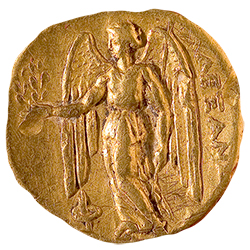 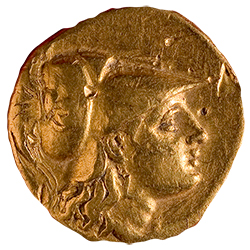 The oldest money exhibited at the NBS originates from the 5–4th centuries BC. It was coined by ancient Greek city-states. The coins of the city-state of Athens and Hellenistic Macedonian rulers Philip II and Alexander the Great particularly stand out.

The Roman Republic coined its famous silver money – denarius, echoed in the names of different national currencies, including ours, and circulated it in the territory of present-day Serbia in the 2nd and 1st centuries BC. Following the Roman conquests in the early 1st century AD, almost the whole territory of present-day Serbia became part of the Roman Empire. The exhibited Roman coins include gold, silver and copper specimens. 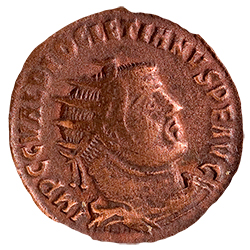 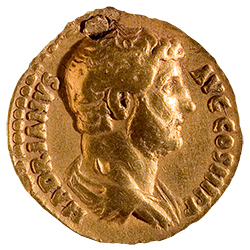 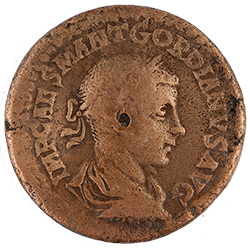 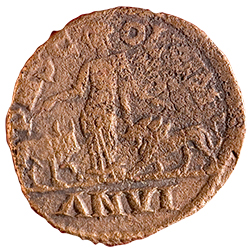 From the 5th to the 13th century, the presence of Byzantine money was strongly felt, given the longstanding domination and influence of the Byzantine Empire in the Balkans. Byzantine coins were most often made of copper, as well as gold, and rarely silver. The most numerous coins are those minted by Byzantine rulers whose influence was the strongest. 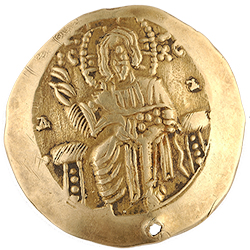 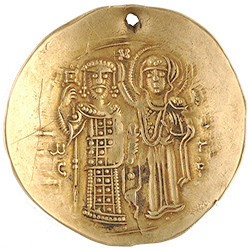 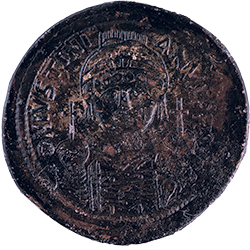 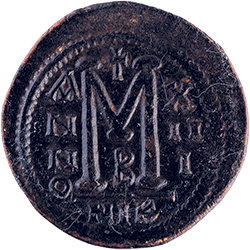 The tradition of coin minting in the medieval Serbian state began in the 13th century during the rule of King Radoslav. Those were silver and copper coins, modelled upon those minted by contemporary Byzantine emperors.
The NBS exhibition contains coins minted by King Dragutin (1276–1316) and all other subsequent rules of the Nemanjić dynasty. The imperial period features numerous issues of Emperor Dušan, during whose rule coin minting was for the first time regulated by law, in 1345. After the defeat of the Serbian army at the Battle of Maritsa in 1371, Serbian local magnates strengthened their power, which was also reflected in their right to mint money. The issues of the last Serbian medieval rulers, Despot Stefan Lazarević and Đurađ Branković are also part of the NBS exhibition. After Serbia fell under Ottoman rule in the 15th century, the Serbian medieval dinar disappeared from the historical scene. 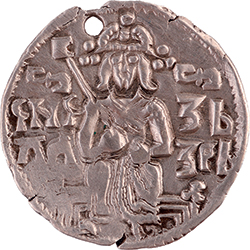 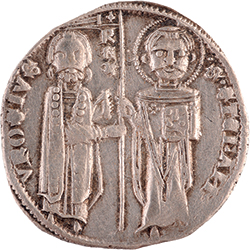 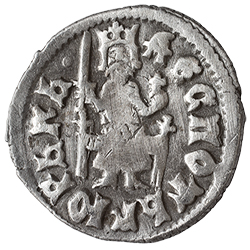 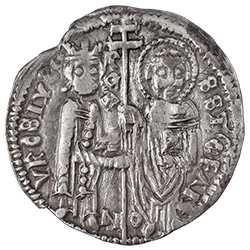 From the fall of the Serbian Despotate under Ottoman rule in 1459 until the mid-19th century, currencies of different countries were used in Serbian lands – Ottoman, Venetian, Ragusan, Austrian, Hungarian, as well as currencies of European monarchies of the time – France, Spain, Holland, Russia, Italian and German lands. As the Ottoman Empire expanded to Asia, Europe and Africa, it also opened its mints across the Empire, including Serbia, which remained under Ottoman rule for almost five centuries.

The NBS standing exhibition contains the new issues printed in restored Serbia during the rule of Prince Mihailo Obrenović, and all subsequent issues, including the latest ones.

After more than four centuries since the last Serbian medieval coin was minted, new coins were produced in 1868, in restored Serbia. These first copper coins were succeeded by silver coins in 1875, when the dinar as the national monetary unit was re-introduced. After Serbia was recognised full independence at the Congress of Berlin in 1878, the first golden 20-dinar coins were minted the following year. The first paper money – 100-dinar banknotes payable in gold, was printed after the establishment of the Privileged National Bank of the Kingdom of Serbia in 1884. Until 1918, the National Bank of the Kingdom of Serbia issued nine banknotes, which were printed in Belgium and France. It also minted coins, until 1917. 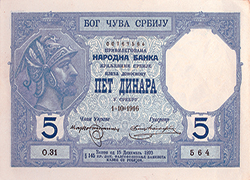 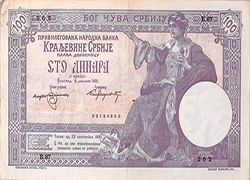 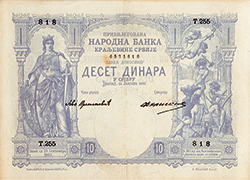 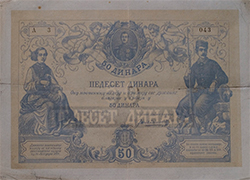 The NBS exhibition contains all banknote and coinage issues of Yugoslavia, created after the unification of South Slavic peoples in 1918. Yugoslav money reflects tumultuous historical, social, political and economic circumstances, and changes in social and state structures. From the 1930s Yugoslav money was finally printed in the country – at the Institute for Manufacturing Banknotes and Coins in Topčider, which is still active. The exhibition also features commemorative coins issued by the National Bank since 1968 to mark events and jubilees of national and international importance.

Money of the National Bank of Serbia